Clodius' -- and his father Marcus' -- biography is difficult to ascertain as this coin type bears no cognomen and two possible candidates of the same name and age lived in the late 40s.  Borghesi, followed by Babelon, attributed this denarius to a Publius Clodius Turrinus.  The only information about his life comes from Seneca the Elder, whose son (the famous Seneca the Younger) seems to have been a great friend of Turrinus' son.  In his Controversiae (x. 14-16), Seneca tells that Turrinus' father (Marcus), a supporter of Caesar in Spain (presumably a colonist like him), was nonetheless ruined by the Civil War, and that his son Publius recovered his fortune thanks to his oratory skills.  Therefore, by becoming moneyer, Turrinus might have received a compensation for his involvement in favour of Caesar, possibly from Octavian, and also to ensure the fidelity of a prominent Spanish family, as Spain was an important province.

The assumption that this Publius Clodius was the one mentioned by Seneca was however not supported by Crawford.  There is another possibility, that Clodius was the son of Publius Clodius Pulcher, the famous Tribune and arch-enemy of Cicero, even though it is written "Marcus filius" on the reverse.  Indeed, Pulcher's widow Fulvia had become Mark Antony's third wife circa 46; Pulcher's son could therefore have cunningly claimed a filiation with Antony since he was married to his mother.  Antony could also have adopted Pulcher's son, because he seems to have taken great care of him; he even wrote to Cicero to ensure that the orator would not attack him as he did with his father (Ad Atticum, xiv. 13A).  He then became Praetor and Augur (CIL 6.1282).

The latter theory is the most likely, because Pulcher minted his coins together with Antony for the beginning of the Triumvirate (cf. other RRC 494 types).  Moreover, at this time, the name of Clodius essentially referred to the late Tribune, whereas a provincial would have included his cognomen on his coins to avoid the confusion, or at least a reference to his hometown or province -- as did many other moneyers from Italy or the provinces. 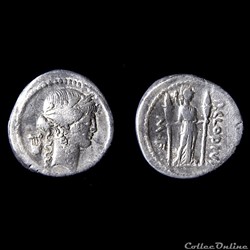 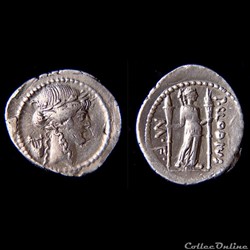 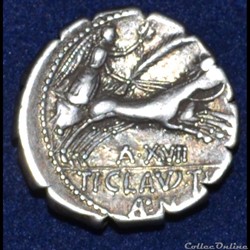 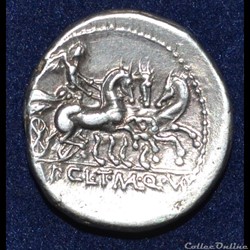 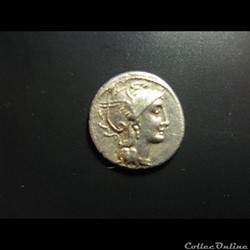 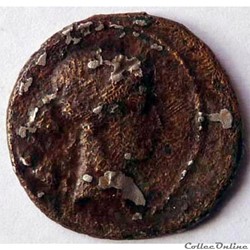 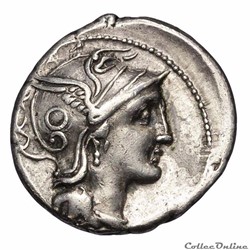