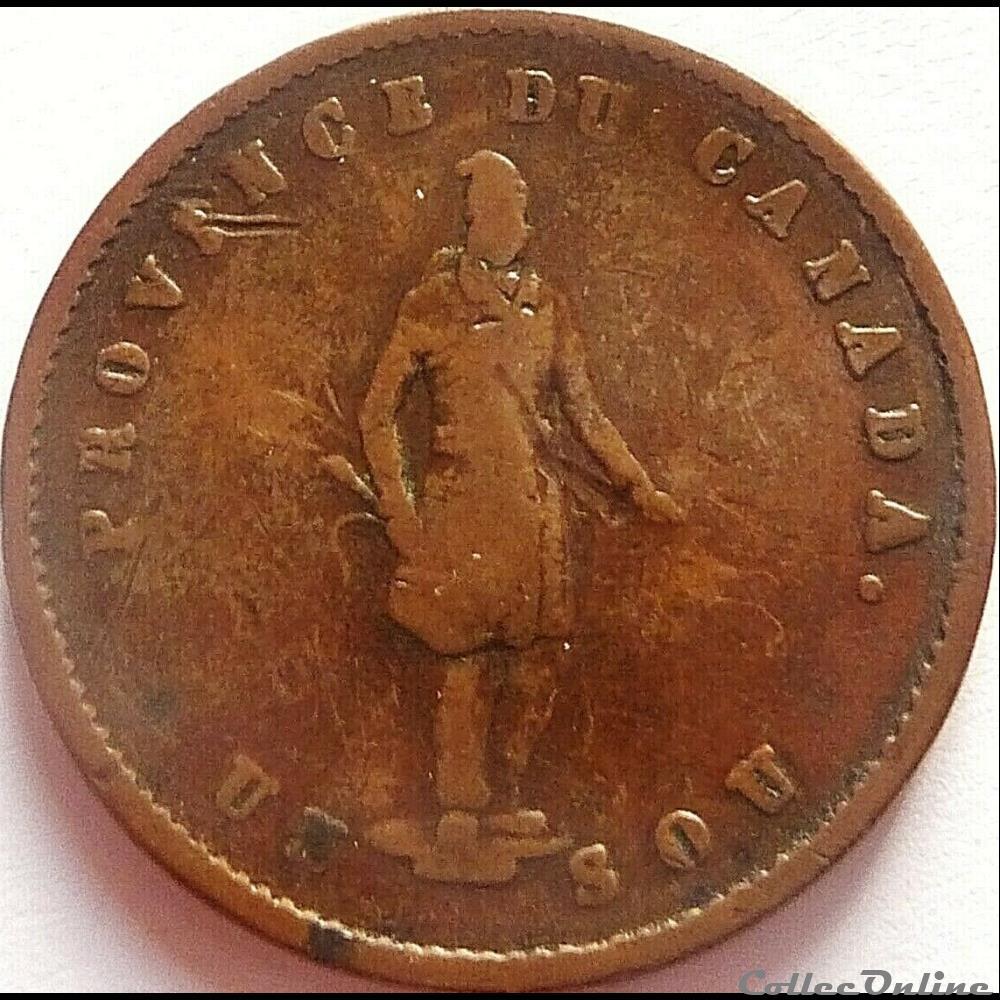 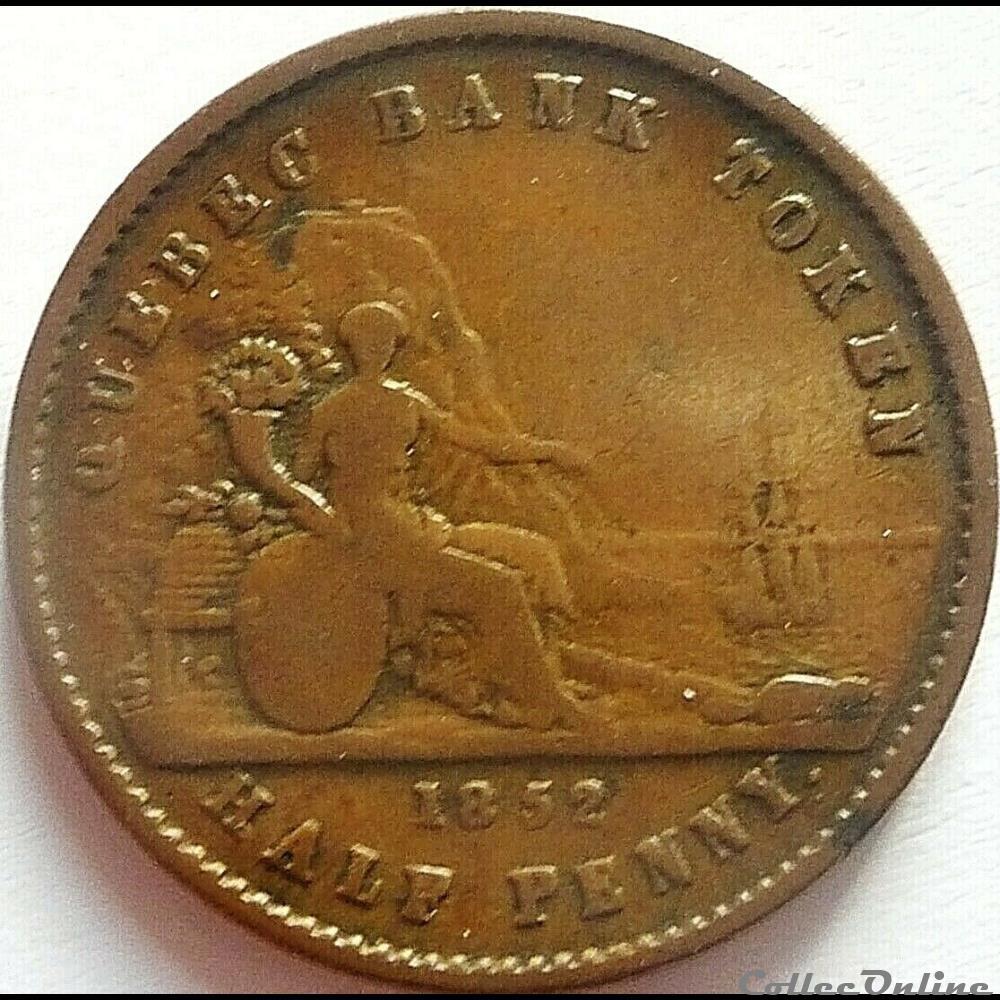 Reverse:
Seated female figure of Commerce with cornucopia facing right. Cliff in background with fort flying flag. To her left, a beehive. To her right a sailing ship and a beaver. Shield with lion in foreground. Lettering above and below.

The Bank of Upper Canada had agreed to land some of its copper coinage of 1850 at Quebec, but it was late and in insufficient amount. This Quebec Bank's third request was granted and the tokens were struck by Ralph Heaton & Co. but it is not known whom cut the dies.
Minor variations exit.
Proofs exist.