Are you a collector of Medals ?

On CollecOnline, find all the solutions to appreciate your collection of Medals. 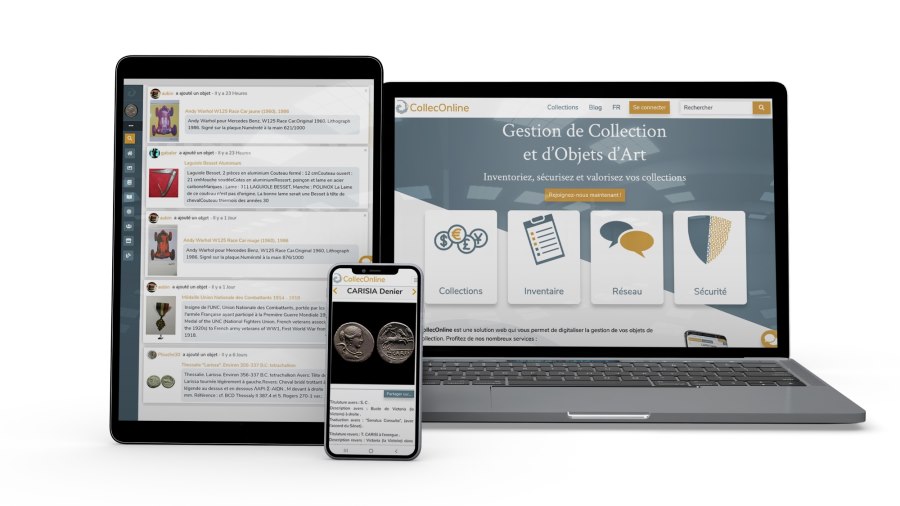 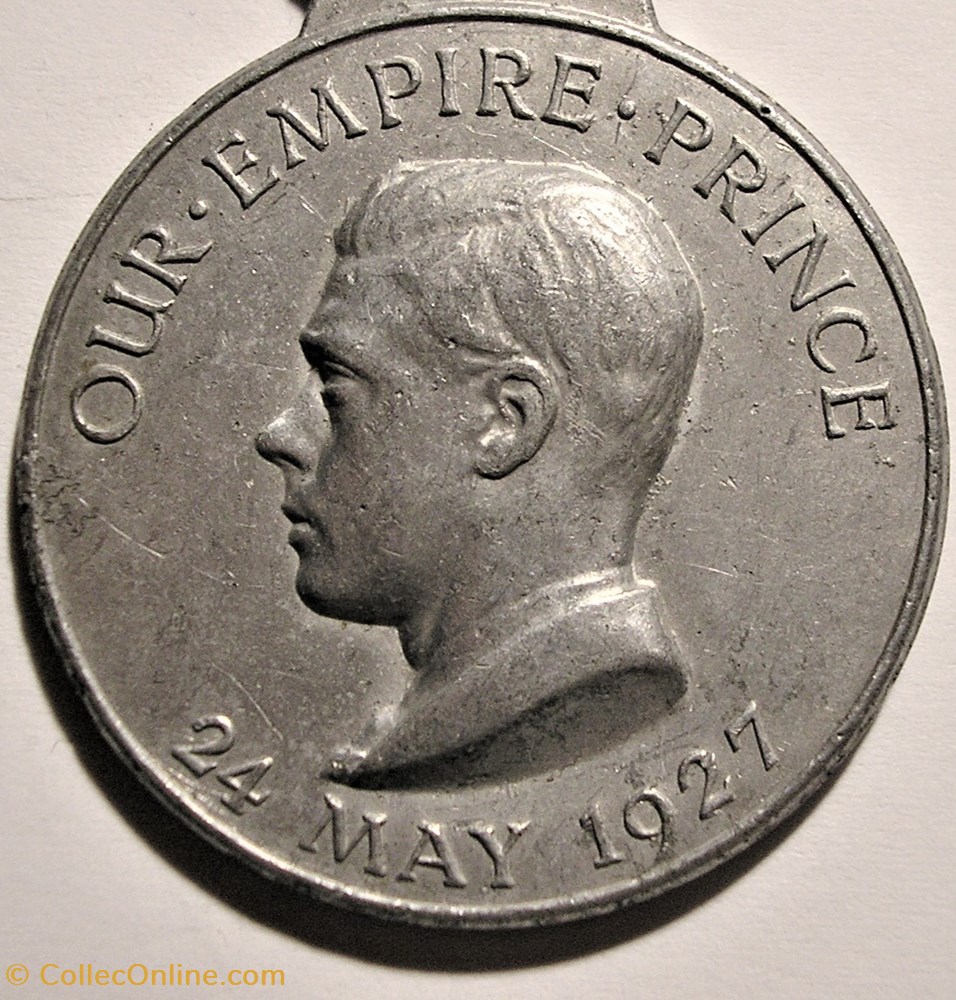 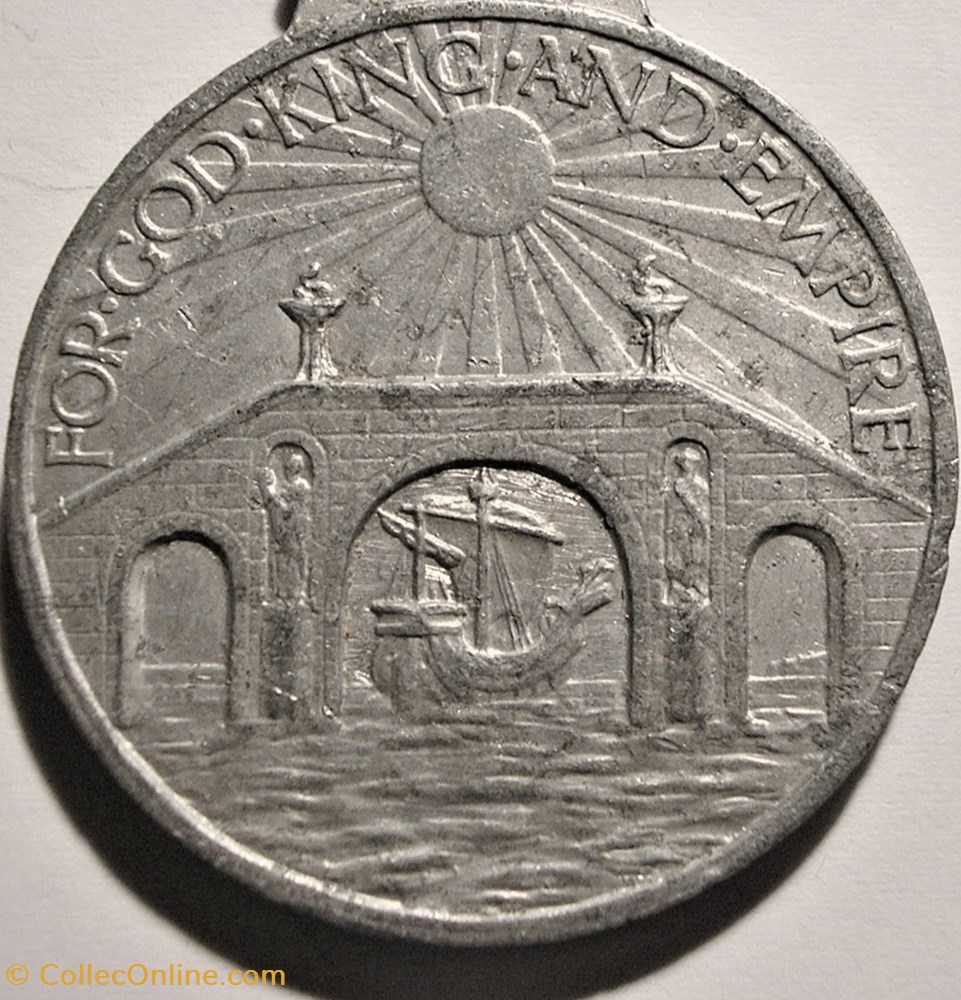 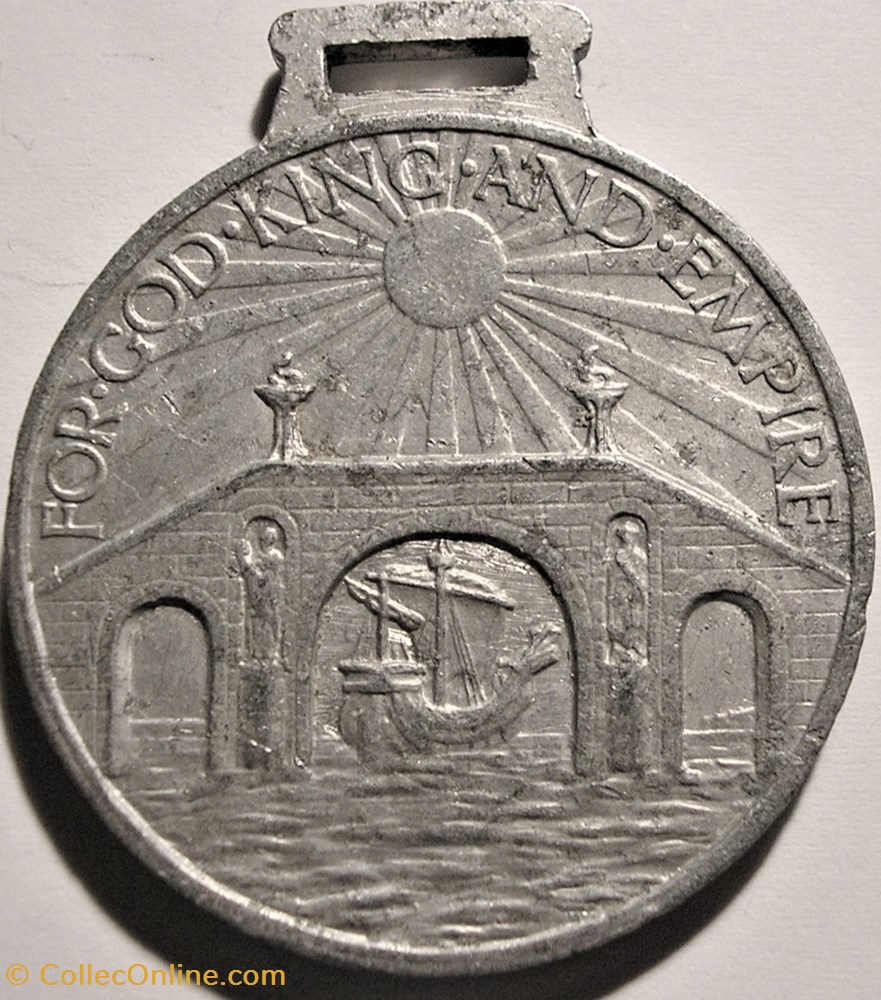 Reverse:
Antique galley seen through the archway of a decorative stone bridge; above, radiate sun.

Comments:
Empire Day was introduced early in 1902 - the Irish Earl of Meath was instrumental in having the late Queen Victoria's birthday, 24th of May, declared 'Empire Day' throughout the British Dominions.
The medal was also produced in copper. This privately-manufactured piece occurs with four different dates, 1926-1929.