Philippus belonged to the great plebeian gens Marcia, but his identity is not firmly established as he only mentions his cognomen.  The date of 56 might nevertheless have been too late for Quintus Marcius Philippus, Praetor c.48 and Proconsul in Asia the following year, so the moneyer should be Lucius, son of the homonymous Consul of 56, the same year as our moneyer, and grandson of the Consul of 91, who was also moneyer (RRC 293) and augur -- hence the lituus on the obverse.  A team of a father Consul and a son moneyer is not unusual in the Roman coinage (see for example the Norbanii); it shows a possible joint effort, the father appointing the son, who in turn supports his father through propaganda on his coins.

The reverse of this denarius refers to the Aqua Marcia, supposedly built by Ancus Marcius, and certainly restored by Quintus Marcius Rex, Praetor in 144 (Frontinus, Aquaeductu, 9).  Rex probably had his statue on the aqueduc, also pictured here.  The flower seems to be nothing more than the support of the statue.

Lucius Marcius Philippus had a brilliant career, thanks to his support of Caesar, whose niece Atia Balba had married his father (the Consul of 56) after the death of his first wife.  Atia was also the widow of Gaius Octavius, who had died in 59, leaving her with two children, including Octavianus.  He furthermore married another Atia Balba, the younger sister of his father's second wife*. Our moneyer was therefore the stepbrother and the step-uncle of the future Emperor.  Quintus Marcius Rex, the man who built the aqueduct, was also the maternal great-grandfather of Caesar (whose grandmother was Marcia).  It therefore seems that there had been a long alliance between the Marcii and the Julii.

As Tribune of the Plebs in 49, Philippus vetoed the Senate's proposition that Faustus Cornelius Sulla (the Dictator's son) should be sent to Mauritania in order to gather allies for Pompey (Caesar, Civil War, I, 6).   He later became praetor and opposed Antony after the Ides of March by rejecting the allotment of the provinces made by Antony on 28 November (Cicero, Philippicae, III, 25).   His stepbrother Octavian made him suffect Consul in 38, but we do not know what he did during his magistracy.  He was then sent as Proconsul in Spain circa 34 and celebrated a triumph in 33.  With the wealth looted from Spain, he restored the temple of Apollo and the Muses in Rome (Suetonius, Augustus, 29) and added a porticus around.

As he did not have a son, the great line of the Marci Philippi, counting five consuls, ended with him.  His daughter married Paullus Fabius Maximus, Consul in 11 BC.  His sister Marcia was also the famous wife of Cato the Younger.

Centaur - There is 1 Year ago

tarusate - There is 1 Year ago 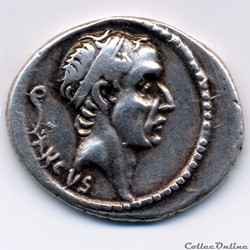 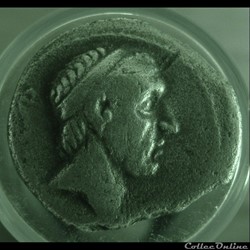 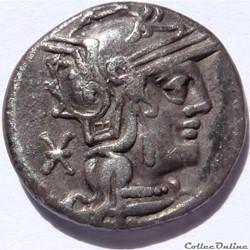