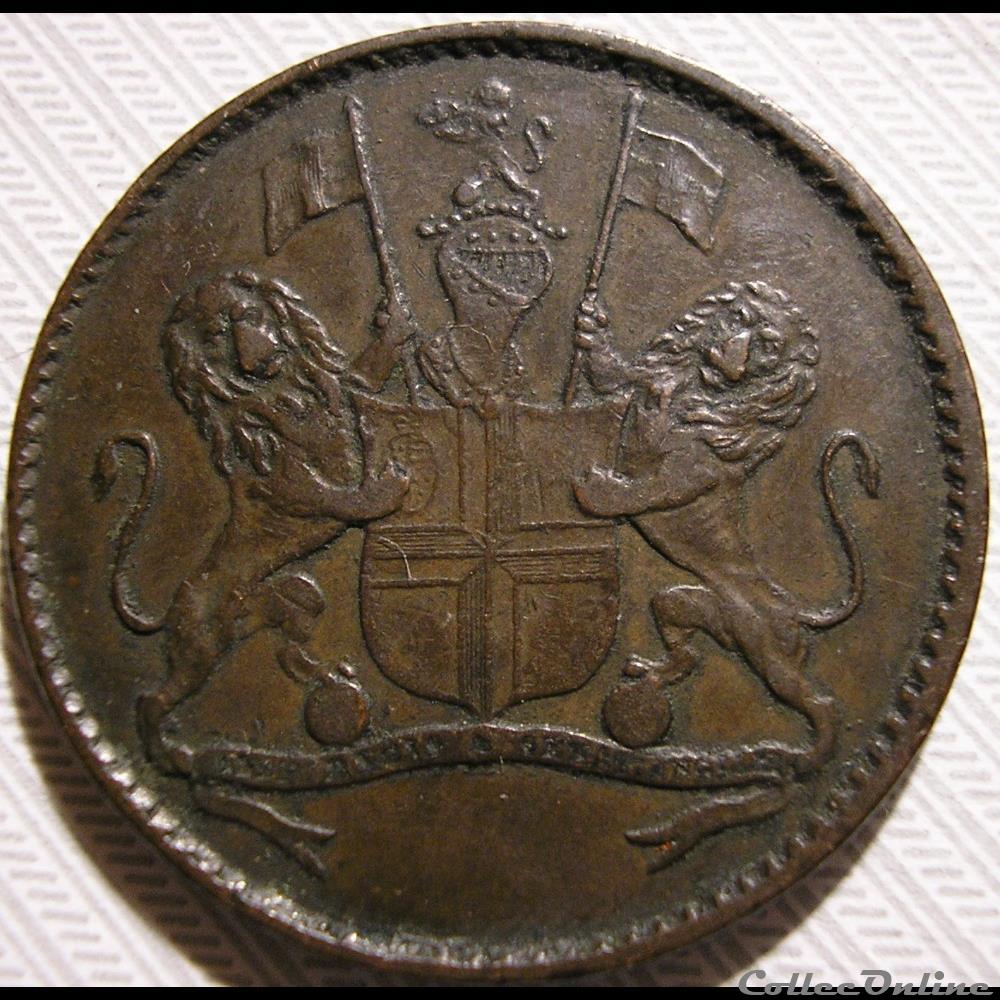 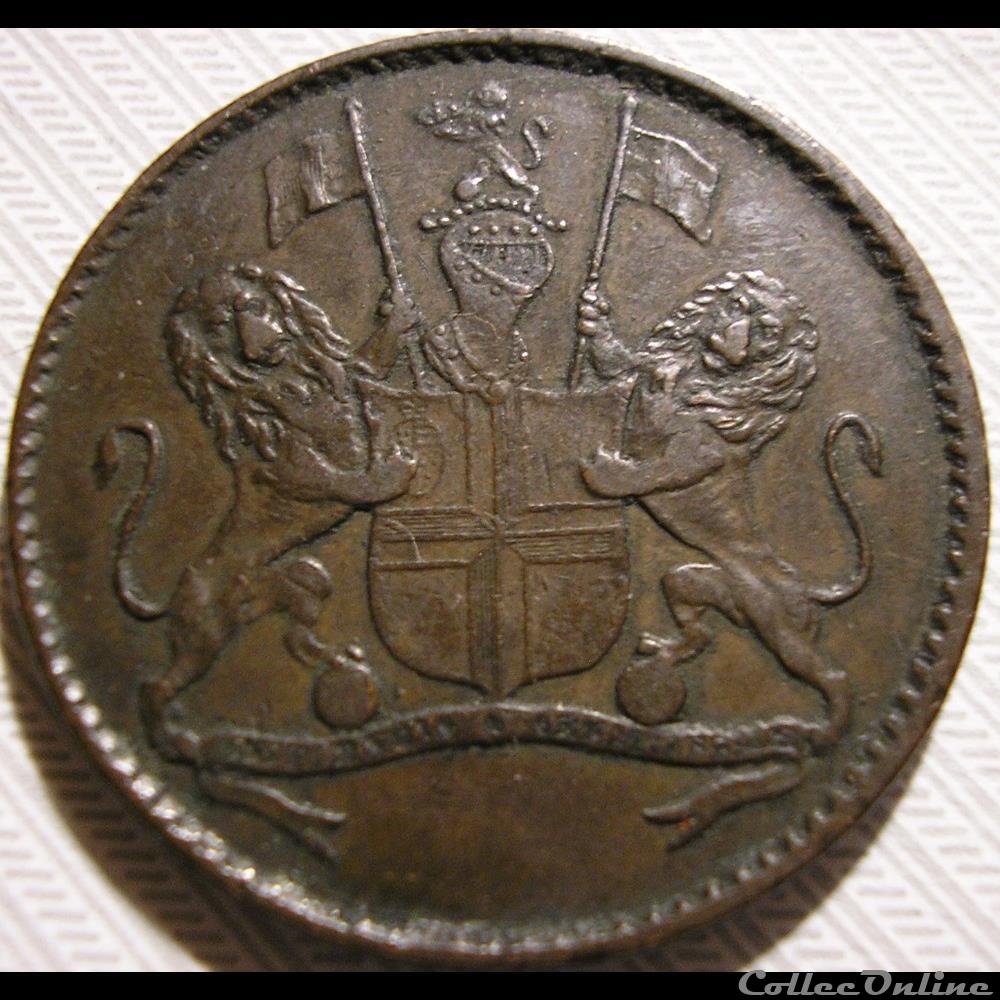 In 1815 the St. Helena economy was bolstered by the arrival of the exiled Napoleon. The Emperor's entourage and the guarding force of British troops suddenly doubled the island's population bringing great prosperity. In order to sustain this growth the Company sent out £50,000 in dollars in 1819. St. Helena was at the peak of its prosperity. Two years later, in 1821, wheels were set in motion for the supply of two copper coinages specifically struck for use on the island. The first issue was of an unofficial nature and originated from a local firm of merchants called Solomon, Dickson and Taylor. Instructions were sent to England for the manufacture of 70,560 halfpenny tokens. Responsibility for the second issue belonged to the Court of Directors of the Honourable East India Company based in England. They requested the Mint of Matthew Robinson Boulton, at Soho near Birmingham, to strike a copper coinage to the total value of £1,000. For this sum the Company received 702,704 halfpenny pieces.
Before either of the new copper coinages arrived in St. Helena, Napoleon died on 5th May 1821. Soon after, most of the troops, high military officers, civil servants and their families had left the island. Consequently the demand for the halfpenny pieces never reached the level originally conceived. In 1830 a large surplus stock of the East India Company copper coins in an unissued state was returned to England for melting. It would be easy to conclude from this event that the coinage was a failure. Far from it, the halfpennies remained in circulation on the island and proved an acceptable payment to all parties. These characteristics must have appeared very attractive to a Company which was still encountering difficulties in maintaining a regular supply of silver coin on St. Helena.
David Vice.  "The Coinage of British West Africa & St Helena 1684-1958"