R/ T CARISI, Cornucopia on globe, sceptre, and rudder. The whole within laurel-wreath.

Carisius belonged to the plebeian gens Carisia, of whom he is the only known member. Like his colleagues in the Monetal Triumvirate of 46 BC, Cordius Rufus and Gaius Considius Paetus, Carisius seems to have been one of Caesar's supporters of lower rank (hence the lack of a cognomen) that were promoted to fill the gaps among the decimated Roman nobility after the Civil Wars. Nothing is known of his subsequent career. However, Cassius Dio mentions a Titus Carisius who fought in Spain, taking Lancia, capital of the Astures, in 22 BC [53:25]. It might have been our moneyer. 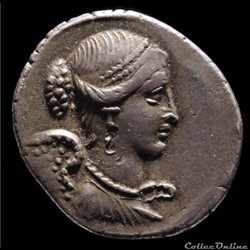 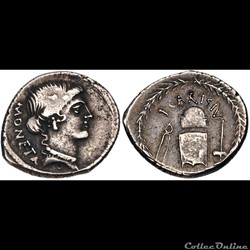 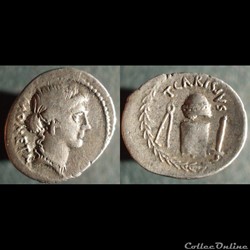 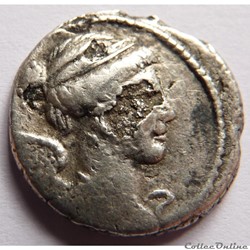 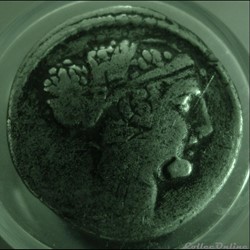