Our moneyer belonged to the old plebeian gens Domitia, but his identity is unknown.  Babelon and old numismatists thought he was Ahenobarbus, the Consul of 96 BC, but it is not possible as he was already moneyer in 118 (the Narbo issue).  Crawford postulated that he was from a collateral branch of the Ahenobarbi, and therefore a cousin of the Consul of 96, because he considered here that the Senatus Consultum De Agro Pergameno dates from 131 BC, but it is now dated 101, thus the Cn. Domitius Cn. f. mentioned there is doubtless the future Consul of 96*.

Gnaeus Domitius was more likely a Calvinus, from the other main stirps of the Domitii, but none of them is known during the 2nd century.

The figure below the chariot on the reverse is quite mysterious.  Earlier numismatists thought it was a reference to the dogs fought by Ahenobarbus, the Consul of 122 who vanquished the Allobroges, but it is impossible as the battle was fought in 121, seven years after the denarius.  Crawford considers the beast to be a lion, and therefore a reference to games organised by an Aedile; the corn-ear on the obverse would be a further reference to an aedileship.

Thanks, yeah these days I only buy denarii with this kind of patina.

Nice one, like the great revers look and the patina 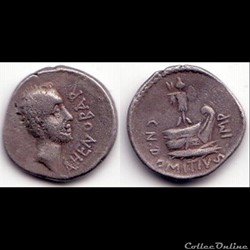 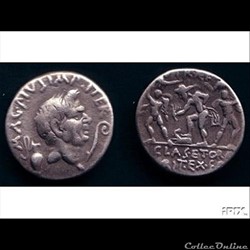 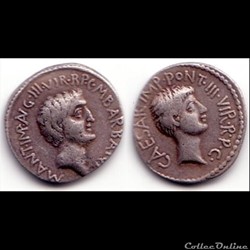 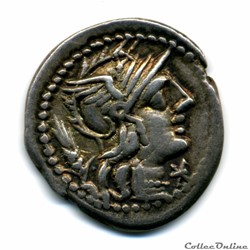