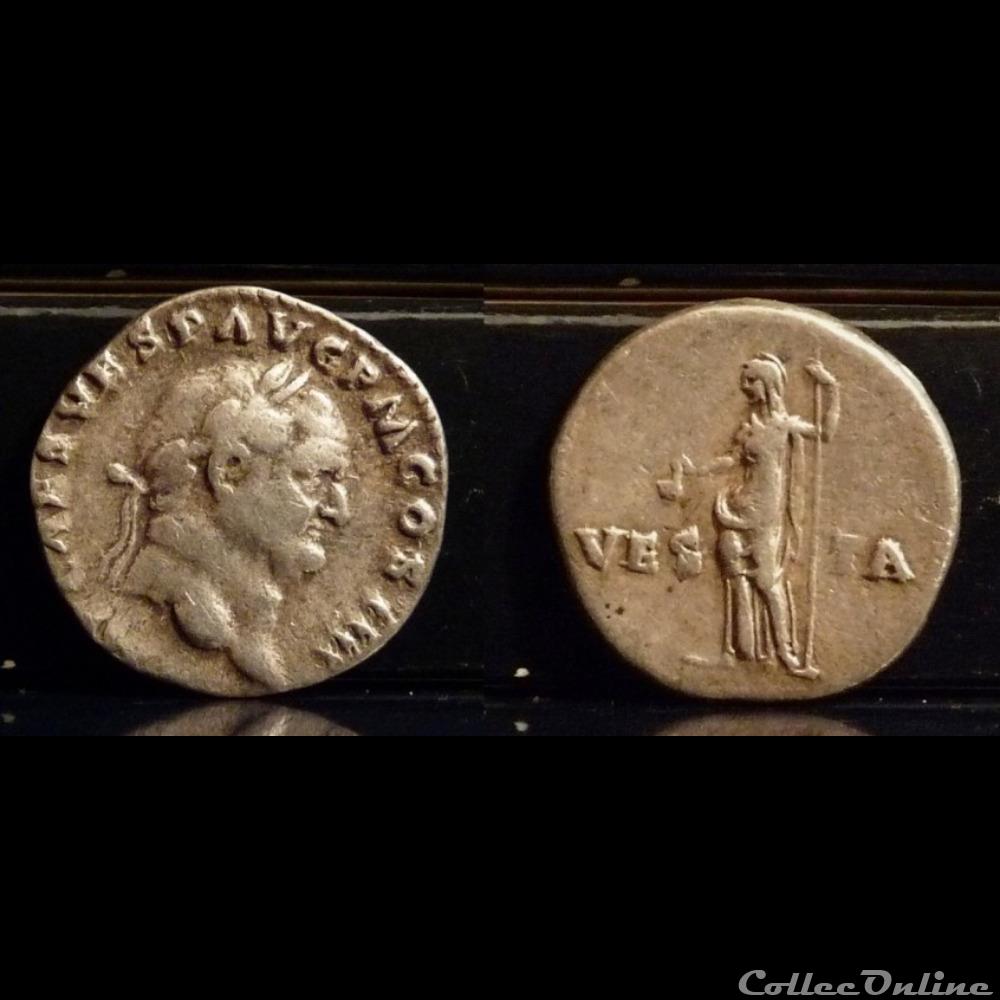 The character of this emperor showed very little, if anything, of the pagan tyrant. Though himself a man of no literary culture, he became the protector of his prisoner of war, the Jewish historian Josephus, a worshipper of the One God, and even permitted him the use of his own family name (Flavius). While this generosity may have been in some degree prompted by Josephus's shrewd prophecy of Vespasian's elevation to the purple, there are other instances of his disposition to reward merit in those with whom he was by no means personally sympathetic. Vespasian has the distinction of being the first Roman Emperor to transmit the purple to his own son; he is also noteworthy in Roman imperial history as having very nearly completed his seventieth year and died a natural death: being in feeble health, he had withdrawn to benefit by the purer air of his native Reate, in the "dewy fields" (rosei campi) of the Sabine country. By his wife, Flavia Domitilla, he left two sons, Titus and Domitian, and a daughter, Domitilla, through whom the name of Vespasian's empress was passed on to a granddaughter who is revered as a confessor of the Faith.

A man of strict military discipline and simple tastes, Vespasian proved to be a conscientious and generally tolerant administrator. More importantly, following the upheavals of A.D. 68-69, his reign was welcome for its general tranquility and restoration of peace. In Vespasian Rome found a leader who made no great breaks with tradition, yet his ability ro rebuild the empire and especially his willingness to expand the composition of the governing class helped to establish a positive working model for the "good emperors" of the second century. In contrast to his immediate imperial predecessors, Vespasian died peacefully - at Aquae Cutiliae near his birthplace in Sabine country on 23 June, A.D. 79, after contracting a brief illness. The occasion is said to have inspired his deathbed quip: "Oh my, I must be turning into a god!"