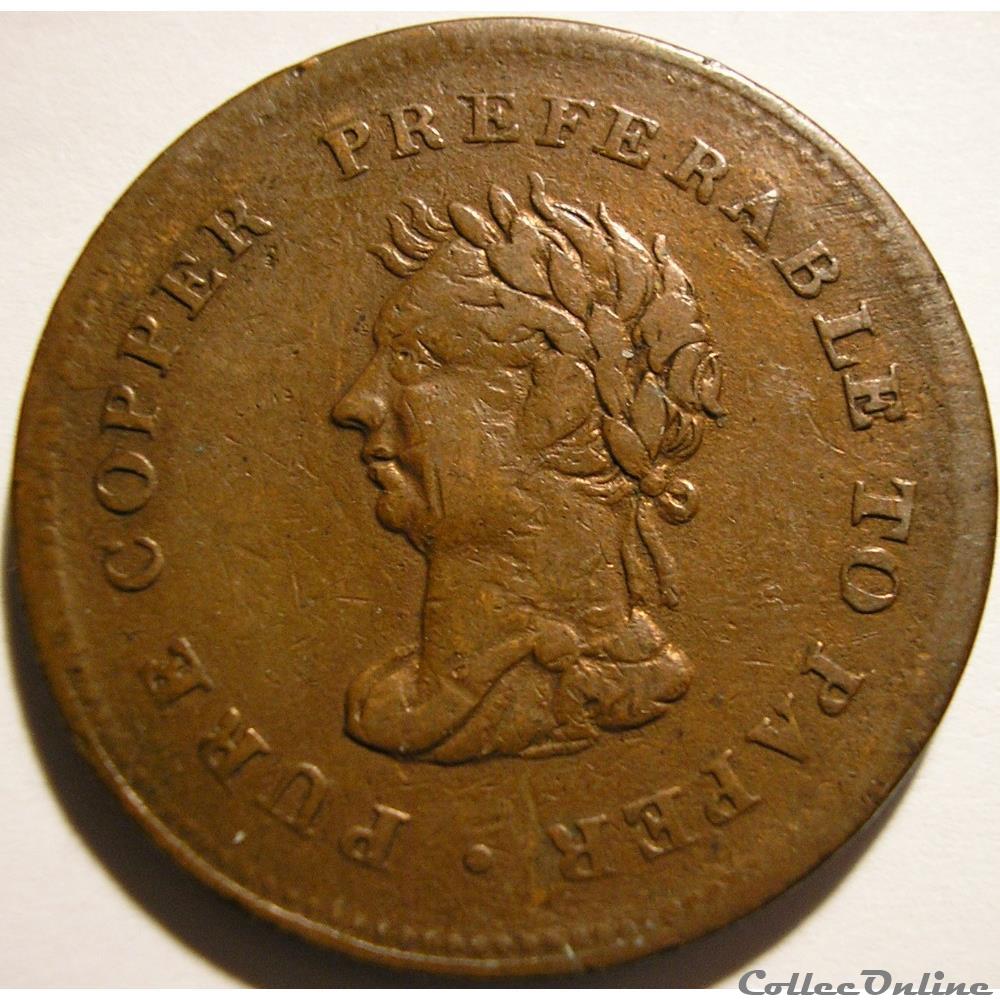 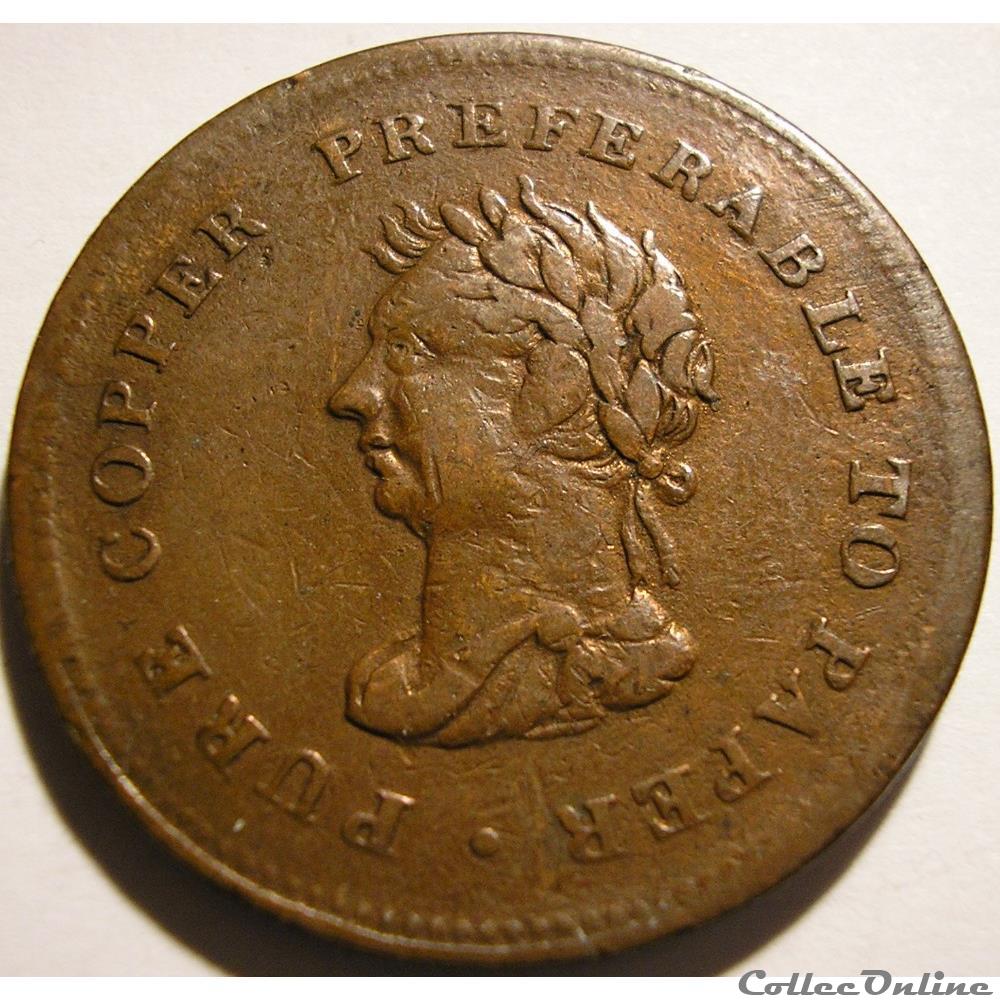 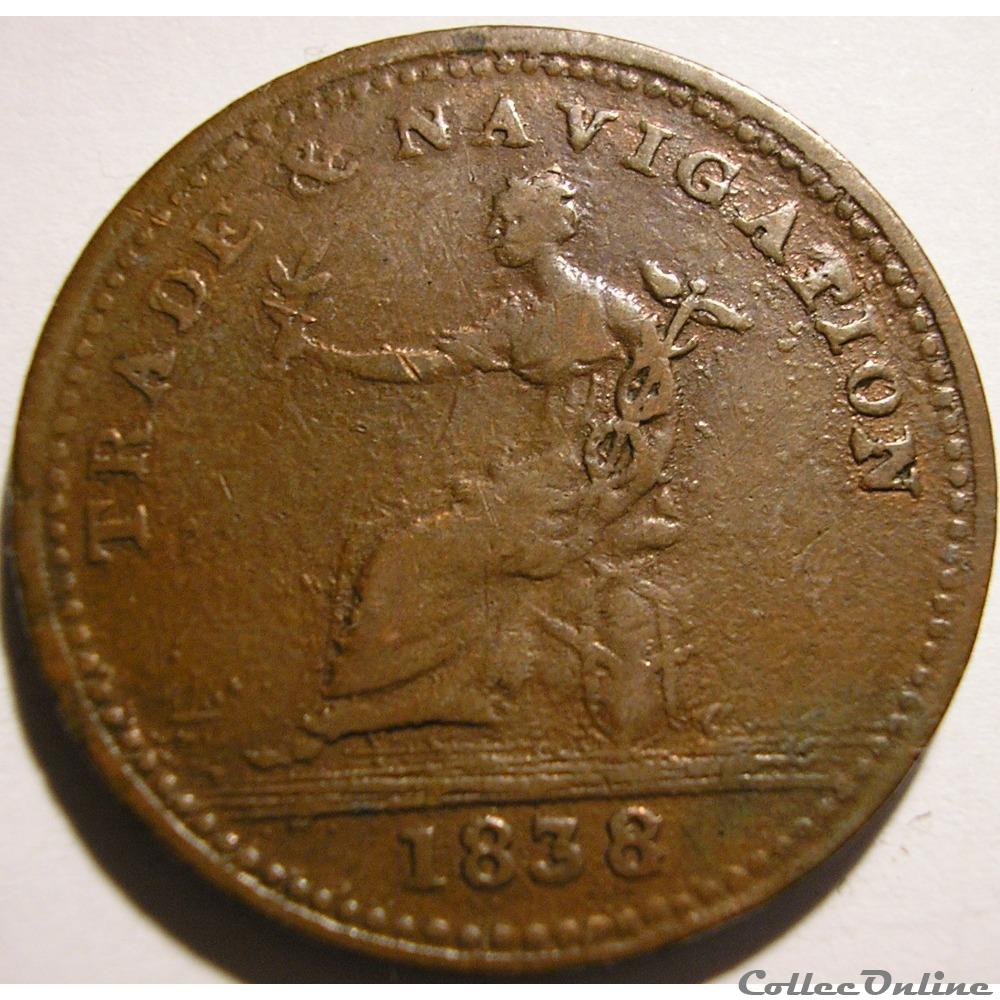 Reverse:
Commerce seated left, holding laurel sprig in right hand and a
winged caduceus in the left hand; a ship in the distance. Surrounded by lettering, date below.

Comments:
This token was issued for use in British Guiana (modern Guyana). It was struck over a number of years with varying states of reverse rust spots. It is doubtful that it was imported in quantities. More likely collectors imported the token towards the end of the century.
Penny tokens did circulate in Nova Scotia during and after 1838. Trade between the Province and the West Indies was of grest importance.