Quintus Herennius Etruscus Messius Decius (c. 227 - July 1, 251), was Roman emperor in 251, in a joint rule with his father Trajan Decius. Emperor Hostilian was his younger brother.

Herennius was born in Pannonia, during one of his father's military postings. His mother was Herennia Cupressenia Etruscilla, a Roman lady of an important senatorial family. Herennius was very close to his father and accompanied him in 248, as a military tribune, when Decius was appointed by Philip the Arab to deal with the revolt of Pacatianus in the Danube frontier. Decius was successful on defeating this usurper and felt confident to begin a rebellion of his own in the following year. Acclaimed emperor by his own troops, Decius marched into Italy and defeated Philip near modern Verona. In Rome, Herennius was declared heir to the throne and received the title of princeps iuventutis (prince of youth).

From the beginning of Herennius' accession, Gothic tribes raided across the Danube frontier and the provinces of Moesia and Dacia. At the beginning of 251, Decius elevated Herennius to the title of Augustus making him his co-emperor. Moreover, Herennius was chosen to be one of the year's consuls. The father and son, now joint rulers, then embarked in an expedition against king Cniva of the Goths to punish the invaders for the raids. Hostilian remained in Rome and the empress Herennia Etruscilla was named regent. Cniva and his men were returning to their lands with the booty, when the Roman army encountered them. Showing a very sophisticated military tactic, Cniva divided his army in smaller, more manageable groups and started to push back the Romans into a marshy swamp. On July 1, both armies engaged in the battle of Abrittus. Herennius died in battle, struck by an enemy arrow. Decius survived the initial confrontation, only to be slain with the rest of the army before the end of the day. Herennius and Decius were the first two emperors to be killed by a foreign army in battle.

With the news of the death of the emperors, the army proclaimed Trebonianus Gallus emperor, but in Rome they were succeeded by Hostilian, who would die shortly afterwards in an outbreak of plague. 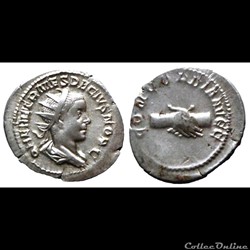 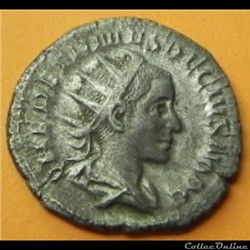 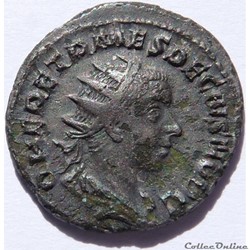 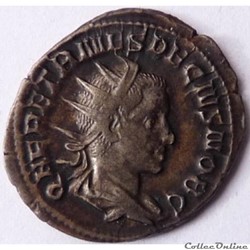 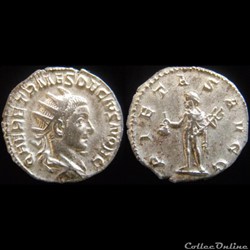 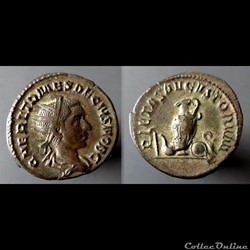 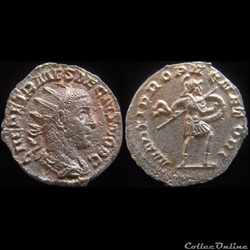 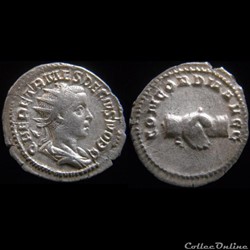