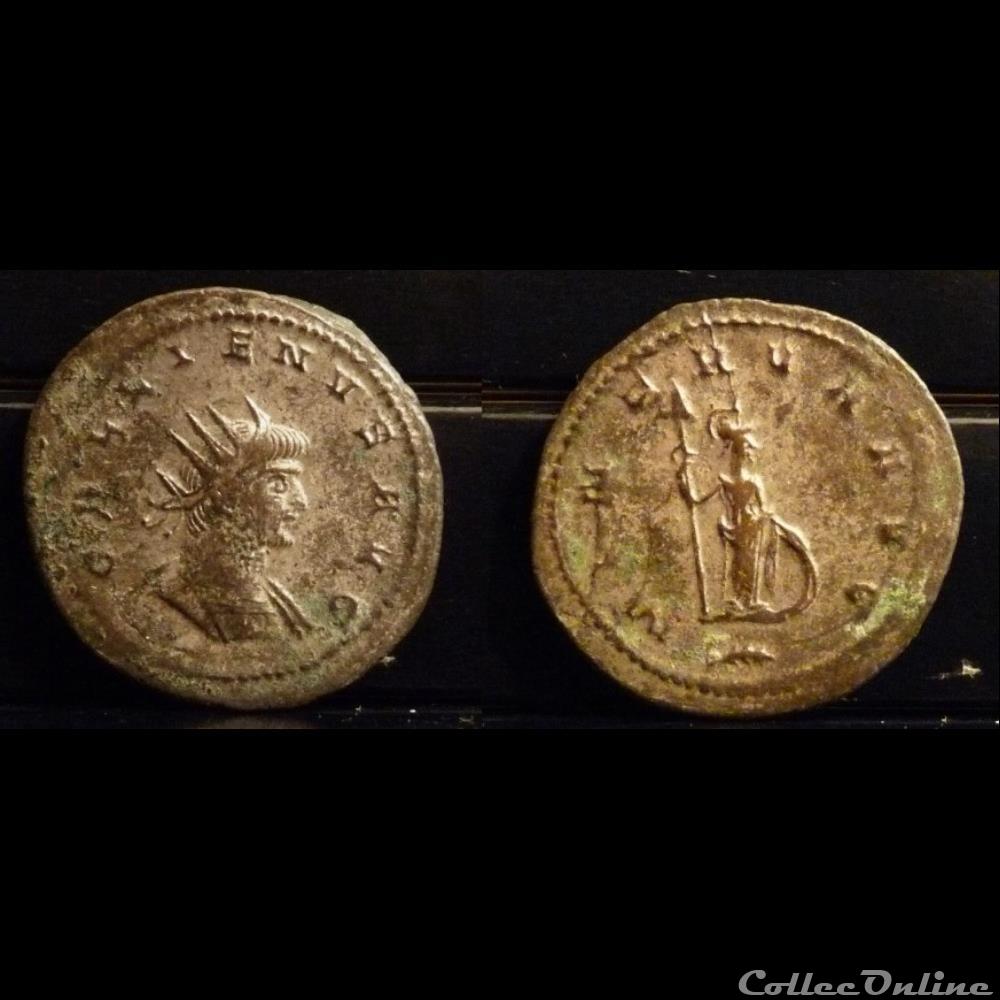 One of the key characteristics of the Crisis of the Third Century was the inability of the Emperors to maintain their hold on the Imperium for any marked length of time. An exception to this rule was the reign of the Emperor Gallienus. The fact that Gallienus served as junior Emperor with his father, Valerian, from 253 to 260 may have had something to do with his successes. Father and son each wielded his authority over a smaller area, thus allowing for more flexible control and imperial presence. Another, more probable reason, lay in Gallienus's success in convincing Rome that he was the best man for the job. However, Gallienus had to handle many rebellions of the so-called "Gallienus usurpers".

In 260, Valerian was taken prisoner by Sapor, King of Persia while trying to negotiate a peace settlement. Although aware that his father had been taken alive (the only Emperor to have suffered this fate), Gallienus did not make public Valerian's death until a year later. His decision hinged on the fact that Romans believed that their fate rose and fell with the fate of the Emperor, which in turn depended upon his demonstrating the proper amount of piety (Latin pietas) to the gods and maintaining their favor. A defeated Emperor would surely have meant that the gods had forsaken Valerian and, by extension, Gallienus.

Gallienus's chief method of reinforcing his position is seen in the coinage produced during his reign (see Roman currency). The coinage provides clear evidence of a successful propaganda campaign. Gallienus took pains to make sure that he was regularly represented as victorious, merciful, and pious. The people who used these coins on a daily basis saw these messages and, with little evidence to the contrary, remained supportive of their Emperor.

There were, however, those who knew better. During Gallienus' reign, there was constant fighting on the western fringes of the Empire. As early as 258, Gallienus had lost control over a large part of Gaul, where another general, Postumus, had declared his own realm (typically known today as the Gallic Empire). As Gallienus' influence waned, another general came to the fore. In time-honored tradition, Claudius II Gothicus gained the loyalty of the army and succeeded Gallienus to the Imperium.

In the months leading up to his mysterious death in September of 268, Gallienus was ironically orchestrating the greatest achievements of his reign. An invasion of Goths into the province of Pannonia was leading to disaster and even threatening Rome, while at the same time, the Alamanni were raising havoc in the northern part of Italy. Gallienus halted the Allamanic progress by defeating them in battle in April of 268, then turned north and won several victories over the Goths. That fall, he turned on the Goths once again, and in September, either he or Claudius, his leading general, led the Roman army to victory (although the cavalry commander Aurelian was the real victor) at the Battle of Naissus.

At some time following this battle, Gallienus was murdered during the siege of usurper Aureolus in Mediolanum; many theories abound that Claudius and Aurelian conspired to have the emperor killed. Be that as it may, Claudius spared the lives of Gallienus' family — Gallienus' wife, Iulia Cornelia Salonina, had given him three sons: Valerianus (who died in 258), Saloninus (died in 260 after becoming co-emperor), and Egnatius Marinianus — and had the emperor deified.